Organizations and groups across the United States are launching OOH campaigns to help combat the US opioid epidemic.

This month officials in Philadelphia announced a campaign to encourage more people to seek medication-assisted treatment to battle opioid addiction. The goal of the campaign is to show “relatable” Philadelphians who attribute their recovery in part to buprenorphine, as well as therapy.

The $200,000 campaign includes ads along public transit lines and Philadelphia bus shelters, as well as two billboards. Pop-up advertisements on social media along with TV and radio will also be part of the campaign. Some of the ads will be in Spanish. Learn more in Philadelphia Weekly. 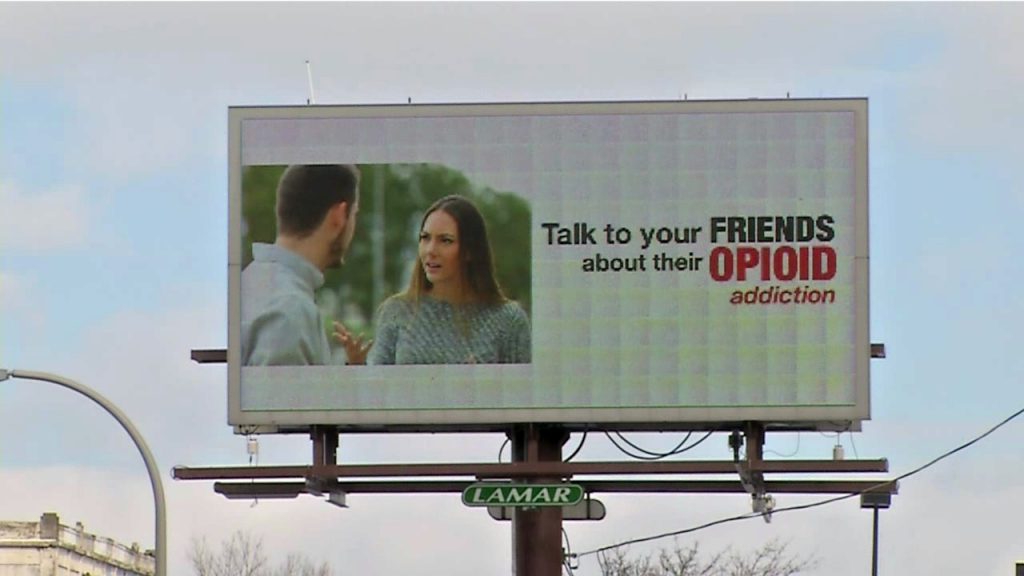 A public service campaign seen across multiple states on digital billboards urges the public to talk with friends and family about opioid addiction. The ads don’t direct people to a website or agency, explained James Kiblin, the general manager of Lamar Advertising’s Buffalo division

“We need to get the conversation started. That’s the first thing,” he said.

He added, “We’re going to run it until it starts growing legs, we get our politicians talking about it, and our local municipalities.” Watch the news report at WIVB 4.

In February, the Drug Enforcement Agency (DEA) launched a yearlong digital billboard campaign across the Chicago area. Messages in both English and Spanish are displayed on area roadways, train stations, and other locations, warning passersby of the dangers of opioids, including legally prescribed medications, and outlining treatment options. 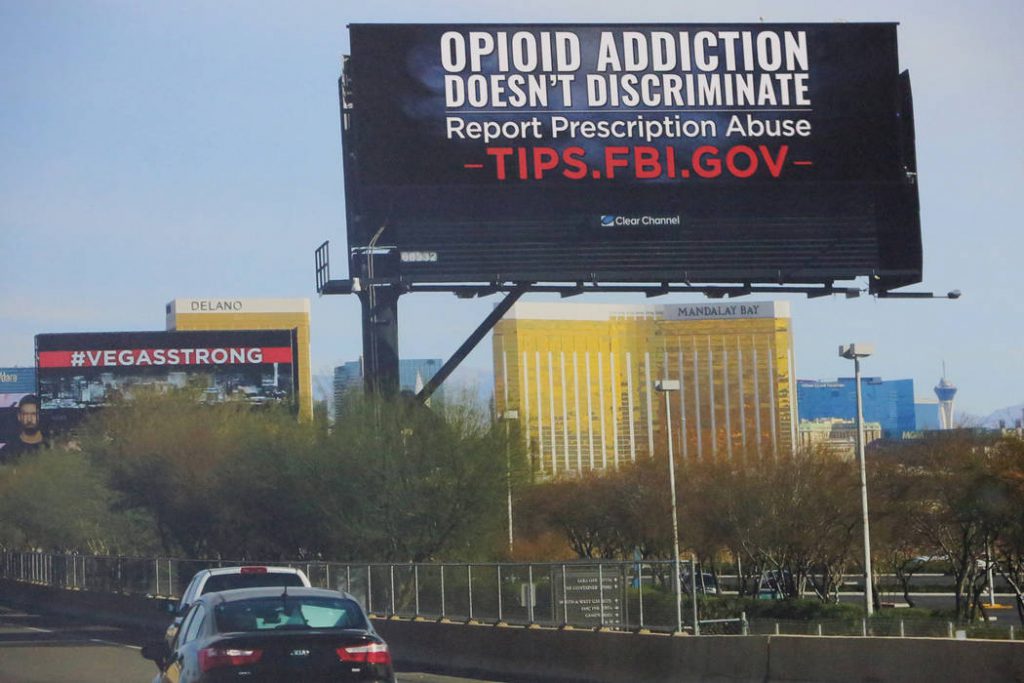 “The purpose of this campaign is to stir up action in our communities and to save lives,” said Robert J. Bell, US DEA associate special agent in charge of the Chicago field division office. “I hope that (the billboards) put a little fear into a parent’s heart and they go home and they’re motivated to talk with their kids about the dangers of drug addiction of any myriad of drugs.”

The Federal Bureau of Investigation (FBI) is using 10 digital billboards across the Las Vegas Valley to ask residents to report those they suspect may be illegally selling or prescribing opioids.

Aaron Rouse, special agent in charge of the FBI’s Las Vegas office, said a similar campaign on human trafficking led to “dozens of new leads and cases being developed.”

“We’re hopeful this will have a similar effect,” Rouse said.