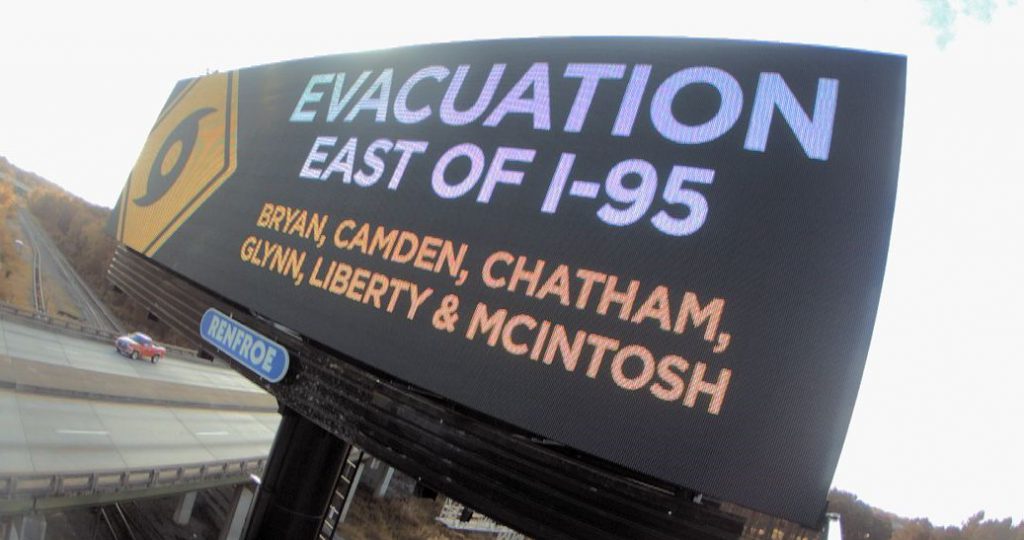 • Features high-contrast, attention-getting messages that complement warnings disseminated via other media
• Is a no-cost partnership between government and out of home (OOH) media
• Showcases the speed and targeting capabilities of modern OOH

Florida’s Division of Emergency Management issued a warning message on billboards that refers the public to online information.

The Georgia Emergency Management Agency used digital billboards to alert citizens about which counties were under evacuation notices.

Last year, Congress asked then-FEMA Administrator William “Brock” Long about digital billboards. His response: “Use of digital signage along highways is part of the layering and unity of messaging to reach affected communities, and supplements radio and mobile alerts.”

From 2008-2011, Long was director of Alabama’s emergency agency, dealing with 14 disasters.

Last month FEMA and the Ad Council expanded the government’s Ready campaign, which prepares people for unexpected emergencies and disasters. The Prepared, Not Scared campaign is designed to educate adults, particularly parents, on ways to best prepare children for a possible crisis.

Each week during September’s National Preparedness Month FEMA will emphasize a specific aspect of readiness, including the kid-specific week of Sept. 15-21.