Think of a topic of the day… it’s debated on billboards. Some say impeach the President; others say “Thank you, President Trump.”

Even topics you haven’t thought of (like, say, the pros and cons of cruise ships in Charleston) are hashed out on billboards.

This attribute – billboards’ ability to crystallize arguments for all to see – is worth examining because of an important First Amendment court battle in America’s heartland.

The City of Cincinnati, defending its targeted tax on billboards, told the court that billboards are “economic conduct and not protected expression.” On October 17, the judge disagreed, invalidating the tax as a burden on speech protected by the First Amendment.

A wide range of speakers express competing viewpoints on billboards, which communicate controversial ideas the First Amendment was designed to protect.

Here are 10 examples of dueling billboards:

After an anti-Trump group announced plans for an “Impeachment Now” billboard along a presidential motorcade route in Florida, the pro-Trump response was quick.

“When we saw the billboards go up, we said, ‘we’re not going to let them have the field to themselves,’” said Ted Harvey, chairman of the Committee to Defend the President. 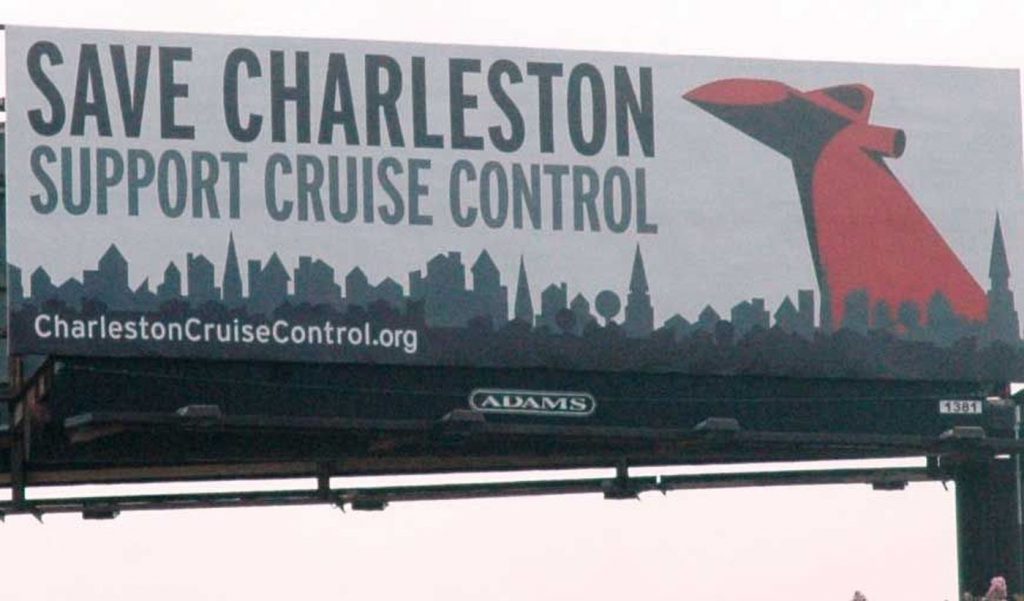 In Charleston, SC, some wanted more regulations of cruise ships, putting up a billboard in 2011 along Interstate-26.

A pro-cruise group responded with its counter-message: “CRUISE ON IN … WELCOME and THANK YOU.”

Billboards often are part of a multi-media mix to affect public opinion. In a labor-management fight in Atlantic City, both sides used billboards, TV, radio, print, and dueling websites.

A group of Texans in Amarillo posted a GoFundMe page to put up a billboard saying everyone is welcome in Texas.

They were responding to another billboard – near Vega, TX – that asked liberals to leave the state.

This back-and-forth (in June) inspired global publicity and social media buzz, which is typical in billboard debates. 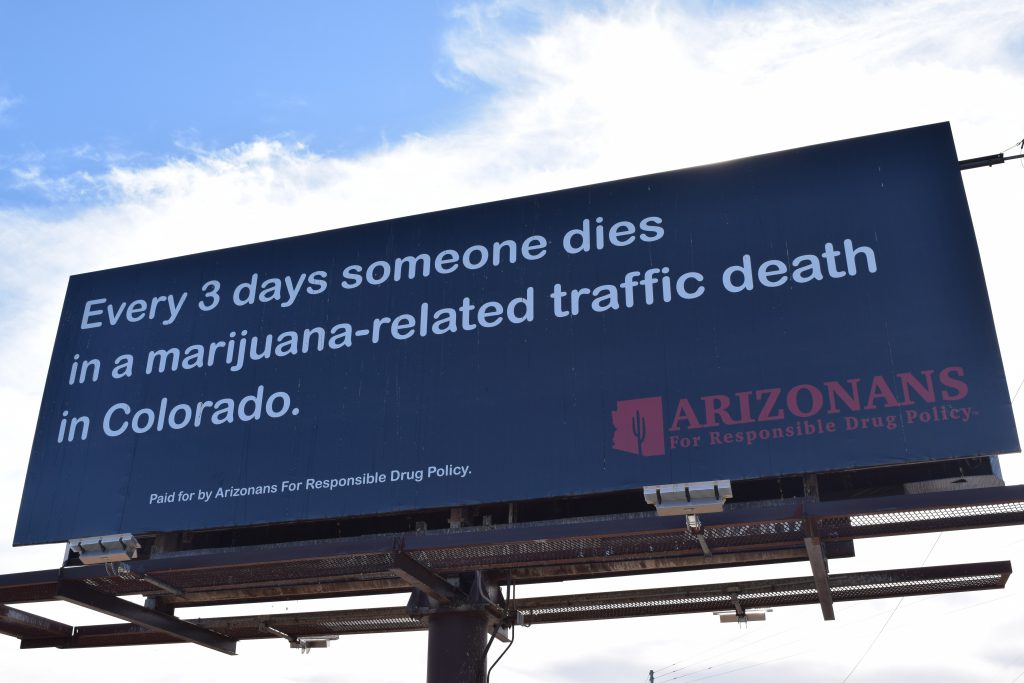 Anti-pot billboards in Arizona lamented that traffic deaths increased in Colorado due to the legalization of marijuana. The anti-pot group (Arizonans For Responsible Drug Policy) was responding to pro-marijuana billboards posted earlier in 2017.

A Forbes contributor referred to the 2014 Super Bowl as The Stoner Bowl when dueling billboards surrounded MetLife Stadium for the Broncos-Seahawks game. 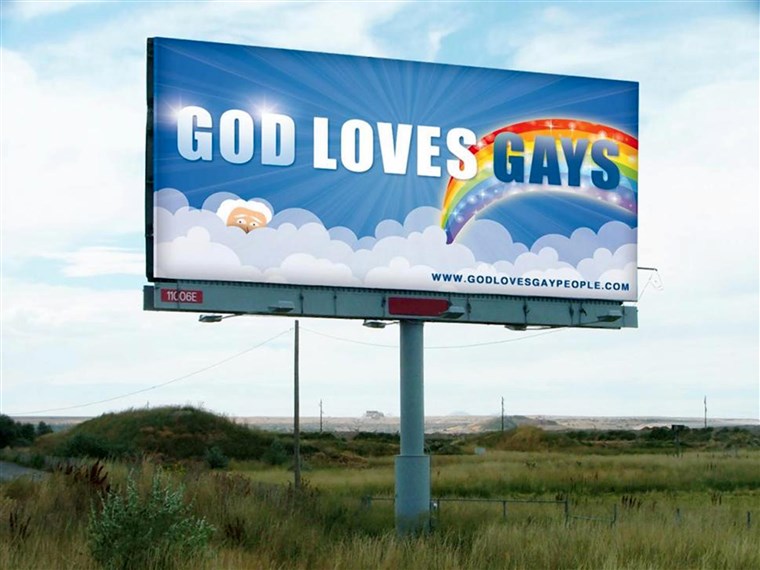 Topeka is home to the anti-gay Westboro Baptist Church. After a billboard appeared in Topeka proclaiming “God Loves Gays,” the activist church responded with four billboards espousing the opposing view. One asked, “Why did God Destroy Sodom?”

In a holiday tradition of sorts, atheists sponsor billboards urging people to skip church for Christmas.

Meanwhile, millions have seen proselytizing billboards posted by Ohio-based Christian Aid Ministries featuring a toll-free number that generates hundreds of calls a day: “A lot of them are people who want to know how to get to heaven,” said one ministry man who answers these calls.

7. Guns and the Second Amendment

Earlier this year, the North Carolina Council of Churches posted an interstate bulletin that said the Second Commandment outweighs the Second Amendment.

More people are killed by lightning and elevator mishaps than by wolves, said pro-wolf billboards posted by Defenders of Wildlife.

The environmental group was responding to anti-wolf billboards that asked “Who’s Next on Their Menu?” suggesting the answer could be livestock, other wildlife, or a child on a swing. The Spokesman-Review explained the debate.

Abortion is murder, not healthcare, said billboards in Dallas this summer.

“It is the number one killer of life in our community,” said Pastor Stephen Broden.

In the national debate over monuments to the Confederacy, Charlottesville, VA, is a hot spot. A pro-monument group called Virginia Flaggers sponsored billboards there, heralding statues of General Robert E. Lee and Stonewall Jackson.

On September 4, a multi-media campaign Make It Right Project put up a billboard in Charlottesville that said: “Monumental Change Needed.”