“Thanks to favorable lifestyle evolutions, innovation and investment from media owners and public authorities, global OOH has been the only ‘traditional’ media category to show consistent growth in the last ten years, while TV and radio have stagnated and print sales have declined.”
– Vincent Létang, EVP, GlobalMarket Intelligence at MAGNA 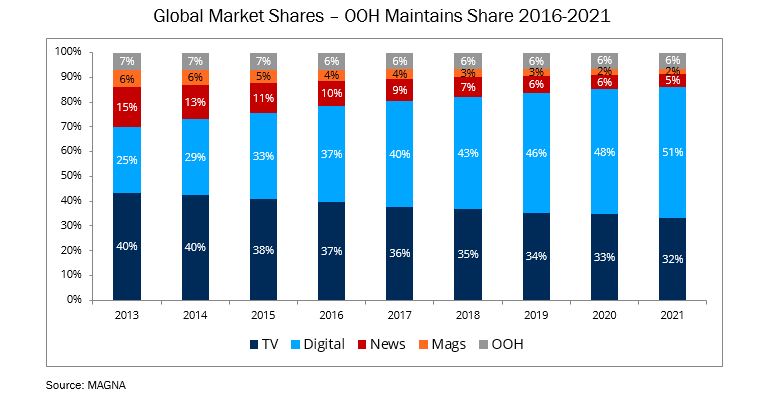 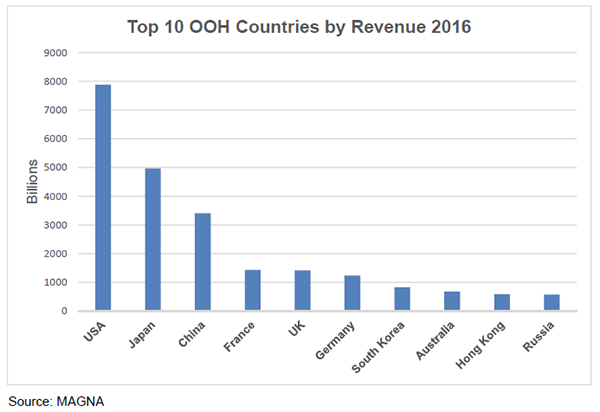 OOH advertising cannot be skipped or blocked. Today’s busy consumers, especially the younger generations, are experts at advertising avoidance by choosing ad-free, paid media, or blocking ad insertions on free websites. OOH is much less threatened by this phenomenon than other traditional media.

What Kind of Messaging do Consumers Really Want? 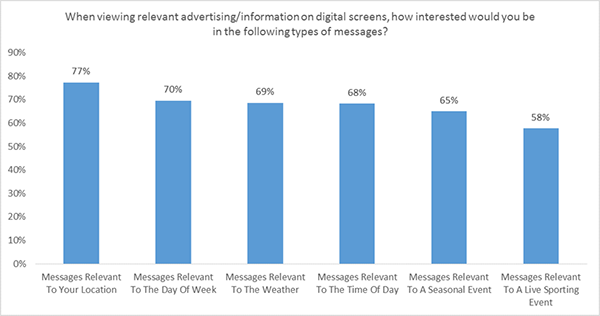 Based on the views of over 60,000 consumers from nine countries (the UK, France, Germany, Italy, Spain, Japan, Australia, the USA, and Singapore), Posterscope’s OCS study reveals a unanimous trend in the dynamic content that consumers engage with most when it comes to DOOH – Location. On average 60-70 percent of global consumers engage with contextual DOOH messages relating to the weather, time of day, day of week, seasonal events and live sports updates, but location is the dynamic content type most favored. Almost eight in 10 global consumers state that they are interested in location-based messages on DOOH.

This campaign by FanDuel, an online and app-based fantasy sports league, used relevant contextual messaging consisting of both time of day and location to recruit more members and get them playing more games. 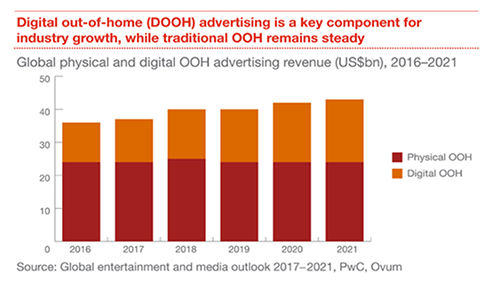 New Value Drivers for DOOH Across the Globe

Sixteen of the World’s 100 Largest Advertisers are in the automotive category–15 automakers and tire maker Bridgestone–with total worldwide ad spending of $47 billion in 2015. Spending by personal care and household products marketers was close behind at $45.7 billion.