Sometimes a Typo Isn’t a Mistake

Honey, an online tool that finds deals, coupons, and discount codes across the internet, is catching eyes in the New York Subway with a typo on its OOH ad.

The ad capitalizes on the common grammar mistake “your” vs “you’re,” often mocked with memes on social media. 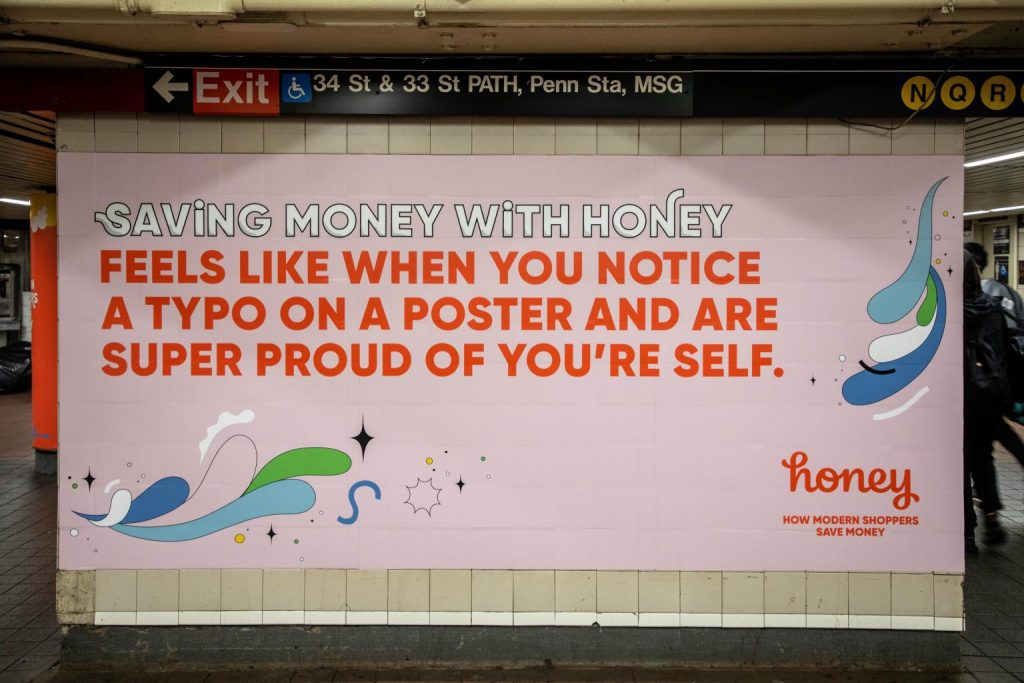 Visible started in 2018 and has spent its ad dollars on digital and social media. The carrier wanted to experiment with OOH, so in early September it launched 150 OOH ads in Denver, CO, its hometown.

“Traditional media are an innovative way to reach them (consumers),” Minjae Ormes, the company’s chief marketing officer, told The Denver Post. “The lack of physicality demands we have to find some ways to be more tangible and show up in people’s lives.”

Some of the OOH ads around town read: “Unlimited massages, minutes and data on Visible’s $40/mo phone service.” Passersby noticed the “mistake,” snapped photos, and shared the ads with social media followers. They called out Visible for its #AdFail and #typo, offering to take the advertiser up on its offer for free massages.

Visible incorporated the massage messaging into its social media strategy, replying to users who spotted the typo with comments such as “we’re all about eliminating pain points,” and “are we sending mixed massages?”

A few days later the advertiser admitted to the intentional typo and offered actual free massages at Denver Union Station on September 21 from 2 – 7 pm.

When one of our billboards promised unlimited massages instead of unlimited messages, we know ya'll were concerned that we can't proofread good. Surprise – we can!

Attendees were treated to free chair massages, an optional CBD oil massage and giveaways, including towels, eye masks, essential oil bracelets, and Kombucha. Consumers could jump in line for another massage if they so desired. And another.

The OOH-turned-experiential campaign reached more than 14 million in earned media, including a spotlight in the popular consumer publisher Thrillist. 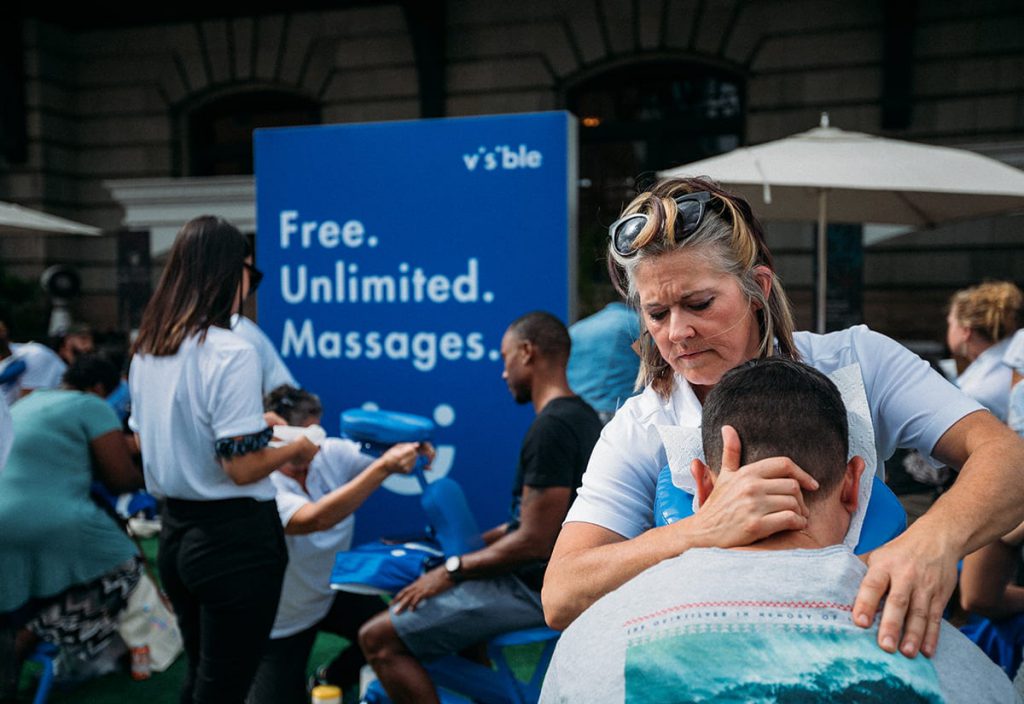