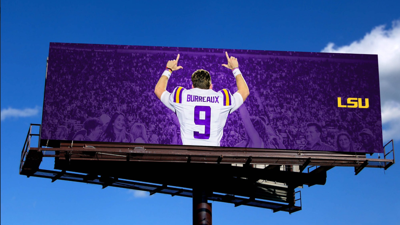 A current example comes from Baton Rouge, LA. Joe Burrow is quarterback for the top-ranked LSU football team; he is a transfer from Ohio.

In Louisiana, Burrow’s name has been modified with the “eaux” French spelling. When he came out of the tunnel in Tiger Stadium last week wearing a custom-made “Burreaux” jersey, fans roared.

“I just wanted to do something to give a tribute to this state and this university that’s been so good to me,” Burrow said about the jersey.

The next day billboards commemorating Burrow’s salute to fans popped up across LSU hometown Baton Rouge.

The Tigers head to Atlanta on Thursday. These billboards are already up around the city. #GeauxTigers pic.twitter.com/VMxegyoJVP 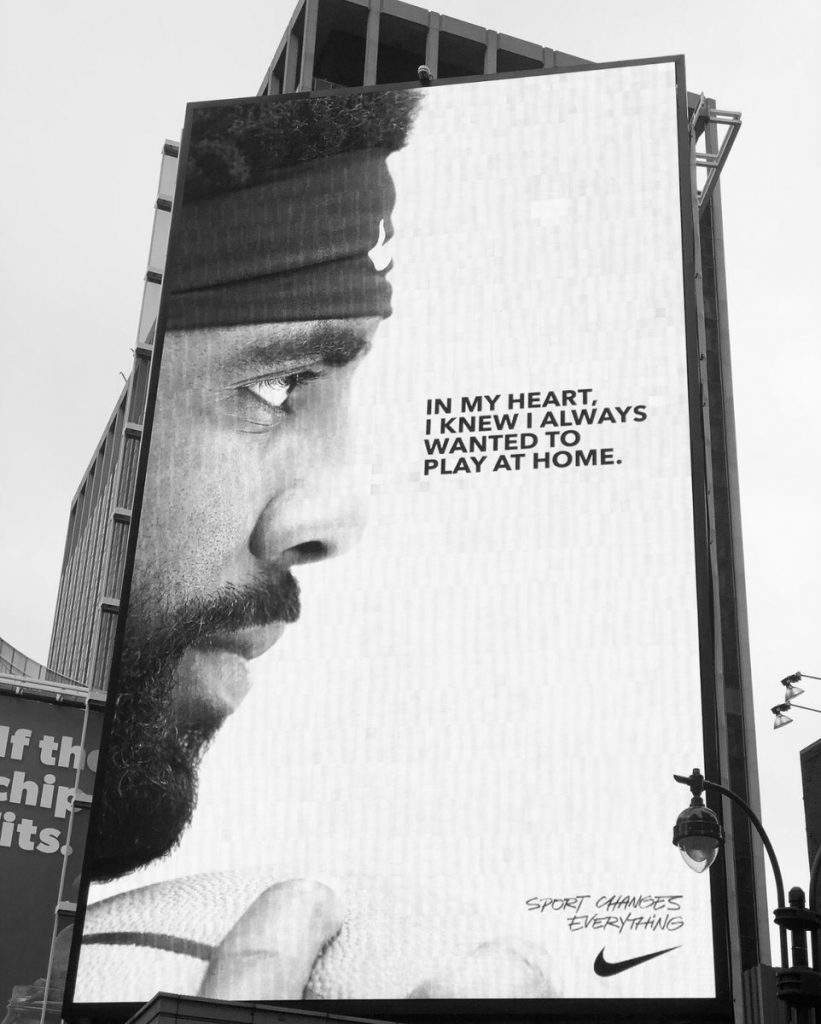 ]Irving, who signed with the Brooklyn Nets in free agency after two seasons with the Boston Celtics, was featured on a billboard adjacent to Madison Square Garden with a quote about how he “wanted to play at home.” Irving, a New Jersey native, grew up a fan of the Nets.

The billboard also struck a chord with Celtics fans, who still remember Irving’s “I plan on re-signing here next year” speech.