Stories of an OOH Evangelist

This is an excerpt of Nancy Fletcher’s farewell speech to the 2019 FEPE Congress in Dubai, where she was asked to talk about key learnings from her time as OAAA president and CEO.

Congratulations on the 60th Anniversary of FEPE, and thank you for inviting me to speak today.

I’m honored you’ve asked me to share my perspective based on almost 30 years as president and CEO of the Out of Home Advertising Association of America (OAAA), and more than 40 years working in the OOH industry.

I’d like to share a few stories that shaped my thinking and could also help guide the industry in meeting future challenges.

Since I spoke to my first global audience in Sorrento in 1994, the changes in our marketplace have been dramatic. OOH media revenue in the US has tripled since then to $8 billion a year. Apple is the top OOH advertiser rather than Marlboro. The market has expanded beyond billboards to include a wide array of static and digital formats and locations, all powered by technology and innovation, while data and programmatic are becoming the new oil fueling the industry.

The Importance of Hanging Together

The mandate to collaborate is especially true in politics. I’ve come to believe that politics has a built-in sonar to detect division. Politics respects strength and unity; it exploits division. And, in politics, small can mean vulnerable.

Early in my career, I learned an important lesson regarding relative size and the importance of unity when our industry was described by a prominent United States Senator in a way I’ll never forget. Compared to other matters facing Congress, OOH seemed to the senator as small as a peanut. Reflecting a bit on his point, the senator clarified that our industry actually was more like the salt on a peanut. He wasn’t threatening us or denigrating us. In fact, he wound up helping us.

I learned several important lessons from that exchange:

“We must all hang together,” said Ben Franklin, “because if we don’t, we shall all assuredly hang separately.”

Tell Our Story, Define Our Role

The marketplace also has a built-in sonar system which likes clearly defined roles and value. If our role and value aren’t known or aren’t well-defined, then the marketplace becomes confused about what it is we do, or worse, it forgets about us.

This lesson was reinforced when a number of us attended the 2010 Association of National Advertisers (ANA) three-day conference in Orlando. During that entire conference, there wasn’t a single reference to out of home media.

As we planned the OAAA convention for the following year, we developed an agenda focused on what it would take to increase OOH’s share and voice. We recruited David Jones as a keynoter (he was then global CEO for Havas Worldwide).

OAAA then set in motion a multi-year industry collaboration. We created two five-year visions and plans, one in 2012 focused on industry innovation and then another in 2017 focused on making OOH more of a core media buy than ever before. We set new standards and business practices. We launched two industry-wide ad campaigns targeted advertising decision-makers: Feel the Real in 2015 and Get Out of Home in 2018.

Since the recession, OOH has experienced 35 consecutive quarters of revenue growth, across all categories of our inventory, and that’s a record no other traditional US media channel has achieved.

In part, OOH growth has been boosted by deploying digital LED displays. When digital billboards first appeared 20 years ago along US roadways, these high-tech signs raised an important public policy question: Do they distract drivers to the point of risking traffic safety?

Then-OAAA Chairman Kevin Reilly Jr. of Lamar Advertising got right to the point, saying, “As responsible business owners, we want to know that digital billboards are safe.”

We want to know is a profoundly important, guiding principle for any industry that respects facts and independent research.

The industry’s pioneering research, which was extensive, said digital billboards are not distracting.

The federal research that followed – exploring driver behavior – used the same methodology, a vehicle equipped to monitor eye glances. The federal report, released in 2013, affirmed the industry’s earlier research that digital billboards are not distracting.
Today there are 9,000 digital billboards in the US with hundreds more being converted and built each year, igniting a growth surge that should last for decades.

The Power of Perseverance

Perseverance is another key element of industry success.

In 1993, I was interviewed by Sam Donaldson on Primetime Live for an anti-billboard segment filled with negative examples of billboards, not at all representative of the industry at the time.

Eighteen years later, in a random encounter in Washington, DC, I was seated next to Sam Donaldson and his wife at a dinner. I re-introduced myself: “I’m Nancy Fletcher with the OAAA. You interviewed me 18 years ago about billboards and I’d just like to tell you, it was one of the tougher interviews of my career.”

He wanted to know – after all those years — if I was still leading OAAA. When I responded in the affirmative, anchorman-tough-interviewer Sam Donaldson said, “Well then, it looks like you won.”

By that time, Sam Donaldson was nearing the end of his career, and Primetime Live was off the air, while the OOH industry was stronger and better than ever.

With unity and perseverance, the OOH industry can accomplish most anything. We have proven that over and over again.

In my time, OOH has gone from paint to pixels, from tobacco to tech. And on the horizon, we see more screens everywhere, more use of data while respecting privacy, more automation, and rapid change.

But some things remain constant. Common threads weave through these stories:

The Importance of OOH Colleagues 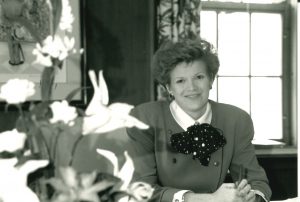 You may have heard, OAAA is conducting an executive search, and later this year we’ll welcome the new president and CEO. I hope you’ll get behind the new leader and invite her or him to next year’s FEPE conference because there’s nothing like the support and friendship of your OOH colleagues.

I learned this in my first week on the job, 41 years ago, at Naegele Outdoor Advertising in Minnesota. I had been hired away from a local law firm to do government relations and site development work for Naegele. In that first week, I appeared at a late-night city council hearing for a new billboard permit. The city council chairwoman, who hated billboards, literally screamed at me throughout the hearing. While she was berating me, my knees were knocking, and I wondered why I left a law firm and a future legal career.

The next morning – somehow — my boss, Bob Naegele, Jr. had learned about my trouble the night before. He was waiting for me bright and early when I arrived at the office.

He was there to support one of the industry’s newest employees. I will never forget it. Or him. It made such a difference. And I was so grateful. 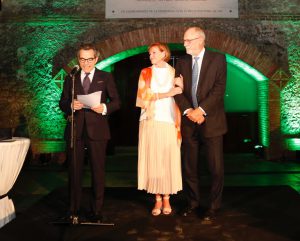 As I’m grateful for the support and friendship I have received from so many FEPE members over the years, capped with the totally unexpected FEPE Lifetime Achievement Award which I was honored to share with FEPE’s John Ellery as the co-recipient in 2016.

I want to end by expressing my gratitude to John Ellery, the wonderful team at FEPE, and all of you in this amazing OOH business, a business with a brilliant past and an even brighter future.

It has been a genuine privilege to work with you.

I thank you for the memories.

Thank you for your friendship.

And thank you for all you do for OOH. 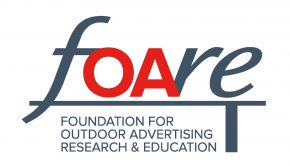 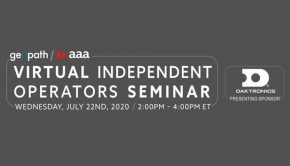 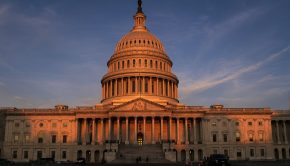 Help for Small Business: Have You Applied? → 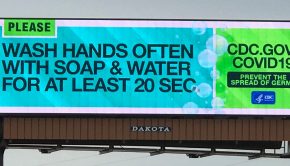